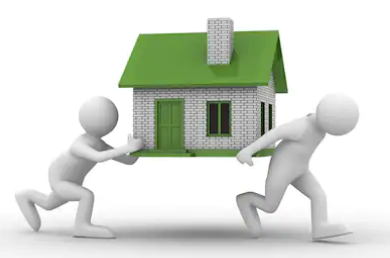 Council acquired the first and second defendants’ land at Rouse Hill, comprising 2.023 hectares (5 acres) which, after its acquisition, was rezoned predominately RE1 public recreation.  The Council’s valuer assessed the amount of compensation in the sum of $12.65m, while the landowners’ valuer assessed the amount of compensation payable in the sum of approximately $20m.  Accordingly, the landowners’ claim for compensation was referred to the Valuer-General under s41 of the Just Terms Act.

In response, the acquiring authority commenced proceedings in the Supreme Court challenging the validity of the determination. The Council argued that the Valuer-General’s determination made fundamental errors in analysing comparable sales; did not consider a relevant consideration; took into account an irrelevant consideration; irrationally failed to correct an error pointed out when the preliminary determination was circulated; and included certain items in the valuation contrary to the provisions of s61 of the Just Terms Act.

The Council applied for the stay on two bases.  Firstly, the Council contended that it had arguable grounds in support of its contention that the Valuer-General’s determination was not validly made.   Secondly, the Council contended that, notwithstanding mechanisms for recovery of the amount of any overpayment either under the Just Terms Act (see s48(4) and (5)), or by way of restitution, in the absence of evidence from the landowners as to their financial position, the Court would be satisfied that there was a risk of significant loss to the Council.

The landowners acknowledged that the Court had power to make an order in the nature of a stay but argued that no arguable case had been shown and, palpably, the Council’s grounds as expressed in the summons were “an impermissible attempt at merits review”.  Further, given the statutory mechanisms for recovery of any overpayment, there was no risk of loss.

The Court summarised the principles associated with when and in what circumstances the Court may grant a stay, citing the decision of DJ Singh v DH Singh & Ors [2017] NSWCA 234 (at [29]):

[29] … The mere filing of the appeal is insufficient, of itself, to demonstrate such a case. Usually it is demonstrated by showing that there are arguable grounds of appeal, and that there is a significant risk that if money is paid it will be unable to be recovered if the appeal succeeds; or by demonstrating that unless a stay is granted the appeal will be rendered nugatory.”

The Court held that the Council had demonstrated an arguable basis for orders in the nature of certiorari and mandamus, seeking a declaration that the Valuer-General’s determination was invalidly made.[1] If the Council made good its case, the Valuer-General would be required to make a re-determination of compensation (presumably by a different valuer).  The Court noted that it was not necessary to enter into the detail of that arguable basis, as that matter would be determined at the final hearing.

The Court also found that the landowners carried the evidentiary burden of demonstrating that they would be able repay any overpayment.  That would occur if the Council’s case was ultimately successful and the subsequent re-determination of compensation made by the Valuer-General was lower than the original determination.  The Court observed that this evidentiary burden could have been satisfied by an appropriate affidavit as to their financial position.  No such evidence was tendered.  The Court concluded that there was a real risk that the landowners would not be able to promptly repay any significant overpayment with interest.

The stay was granted with conditions, requiring the Council to pay the landowners the sum it acknowledged was payable, based on its valuation of the land ($12,650,000) less the proceeds payable to the mortgagee.  The balance of the proceeds ($3,984,381) was to be paid into a controlled money account on trust for the landowners against the contingency that the Council’s summons is ultimately dismissed.

As observed by the Court in this case, dispossessed landowners have an automatic right of appeal to the Land and Environment Court under s66 of the Just Terms Act if they are dissatisfied with the Valuer-General’s determination.  The acquiring authority, on the other hand, has no corresponding right of challenge or merits review in the Land and Environment Court.  This leaves the acquiring authority with the more onerous task of moving the Supreme Court to quash the Valuer-General’s determination on administrative law principles.[2]

What is clear is that there is often a fine line between the two forms of error.  Certainly, from the landowners’ perspective in this case, as noted, Council’s complaints are little more than an “attempt at merits review”.

The matter will be heard by the Supreme Court in due course for a determination on the substantive issues in dispute, unless the matter settles beforehand.

[1] Certiorari is a prerogative writ granted by a superior court in cases that otherwise would not be entitled to review.  Mandamus (Latin “we command”) is a judicial remedy in the form of an order from a superior court to, inter alia, a corporation or public authority to do (or refrain from doing) some specific act which that body is obliged under law to do (or refrain from doing).